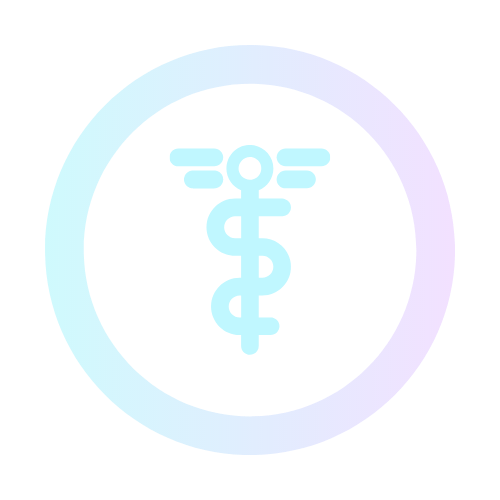 First of all, it’s confession time – a confession relevant to this story rather than for the sole purpose of me boasting about my qualifications. I’m trained as a medical doctor. I have, however, not been a practising doctor for almost 5 years now. But it is a useful qualification when it comes to navigating the health system, or so I thought.

One night a few months ago, I found a lump on my breast. The first thing I felt was guilt. I am a trained medical professional with a family history of breast cancer, who had not followed the general advice of performing routine breast self-examinations.

‘How could I have missed this?’

‘How long has it been since I last performed a self-examination?’,

‘How could I have been so irresponsible?’, I thought.

As it turns out, I’ve interiorised one of the things I disliked most about clinical medicine: blaming patients for their conditions.

We generally understand health and disease as multifactorial, but certain conditions are still associated with the idea that individual behaviours are to blame. I have seen this discourse in the case of infectious diseases and chronic ones, in physical and mental health. Whether being diabetic, HIV+, depressed or pregnant, patients are labelled as careless, negligent and non-compliant. For the record, individual behaviours matter. But any doctor who considers these the sole cause of any condition is short-sighted at best or darn right ignorant about social and structural factors at worst.

Returning to my guilt, I blamed missing my self-examinations on adjusting to a new contraceptive which caused me to have irregular bleeding and lose the routine of checking my breasts once a month. I will now do the doctor thing and remind you that self-examination is important to do every month, preferably 3-5 days after one’s period.

Then my family history sank in, and my guilt was replaced with fear. My mother is a breast cancer survivor. Fear of breast cancer is something I live with. I fear my mum’s cancer could come back, but I had never worried for myself. She did not have genetic markers, so my risk is the same as the general population’s. This is not where my brain wandered to. I was sure. This was it—I had cancer too.

That night, everything I thought about was with one diagnosis in mind. My medical training had not prepared me to be a patient or to manage my fear of illness. If I’d been talking to a patient or a friend, I would have said that around 90% of breast lumps are benign. In retrospect, I also had none of the breast lump ‘red flag’ signs (hard and immobile lump, fixed to the skin or chest wall, changes in the skin, and nipple discharge) associated with cancer. Plainly, I ignored the facts.

I did what some people in my panicked situation would do, I called the emergency line. My anxiety levels were through the roof and I could not think of what else to do at that moment.

No longer than 5 years ago, I was in an ER explaining to people the definition of an emergency and what conditions required urgent care. I quickly learned that when you feel your health threatened, even if it is not urgent, everything feels like an emergency. The woman on the phone asked routine questions about my ‘emergency’ and deemed my concern non-urgent. Although I understood she was right, urgent had become subjective. She told me to schedule a GP appointment in the morning. It wasn’t what I wanted, but this was the emergency line and this was the summer of 2020. People were probably calling in about COVID-19 and other actual emergencies.

I tried to relax and prepared for my appointment. I prepared as if it was for a job interview. I took notes of related symptoms, my lifestyle, my medical history, and my family history. I was going to be ready. I was determined to not miss anything and start the treatment I was convinced I needed. Both from being a doctor and the daughter of a cancer survivor, I learned that the doctor-patient relationship is a two-way street. The more information you provide, the easier it is to paint a picture of what is wrong. I tried to go to my mother’s appointments with her. For when I couldn’t be there, I taught her to write all her questions down and to make sure she understood everything she’d been told. Medical appointments are short; you have a few minutes to get your questions and concerns addressed.

I was able to see a GP the next day. The appointment went differently than I had planned. I was a woman on a mission. I was there to get a referral to a breast cancer clinic. ‘Let’s get this show on the road’, I thought. Instead, it went pretty much exactly the way I would have conducted the appointment had I been the doctor. My doctor was calm and reassuring. He was doing what he had been trained to do and following the evidence. Meanwhile, I was experiencing how evidence does not correlate with human experience. He performed an examination and considered my lump was likely benign. I did not want to undermine his experience and left with instructions to monitor the lump for a month, a referral for a pelvic ultrasound, and a feeling of complete dissatisfaction. Yes, you read that correctly, a pelvic ultrasound. I was glad that he was being thorough regarding my irregular periods but felt his concern was misplaced.

After one month of monitoring ‘el lumpo’, it was still there. El lumpo is my lump’s nickname (we all have coping mechanisms). I scheduled a new appointment and was back at square one. A whole month had passed, and I was still anxious. It wasn’t that I worried all the time, but the concern was always in the back of my head. This time, I got referred to the breast clinic. I am lucky to currently live in the UK, a country where cancer-related concerns are fast-tracked. This is not the case everywhere and a month could be a long set back.

The following week, I went to the hospital for my third ‘el lumpo’ related appointment. The fear came back when I sat in the waiting room. I had been in a similar place many times before with my mum. It was daunting to think that this was the beginning of a potentially harrowing journey. A surgeon saw me first and, like my GP, considered it was probably benign. This was a good sign. Given my family history, I was sent for an ultrasound anyway. The radiologist decided I needed a biopsy; it was not clear that el lumpo was benign from the imaging. On attempting the biopsy I had a large amount of bleeding from the needle with the anaesthesia. This led the radiologist to worry about my blood clotting and to refer me for tests. After realising that the bruise blocked the view of el lumpo, I was asked to come back the next day. With a bruised boob, I walked home and cried because the fear was now more present than ever. Even if I had convinced myself that it was cancer, the fact that the ultrasound didn’t rule it out made it more real.

After icing my boob for 24 hours, I went back for a second attempt at a biopsy. The loveliest nurse held my hand through the procedure and told me that it was ok that I was afraid and that I was not alone. This gesture was the definition of empathy; I felt it to my core. When I got my results, I was told that it is normal breast tissue and not cancer. Five appointments, a pelvic ultrasound, blood tests to check my clotting, an attempted biopsy and a completed one later, I was given a clean bill of health.

Even if el lumpo is just a breast lump, this experience was so much more. It was an opportunity for me to learn about how difficult it is to be a patient and to relearn the importance of empathy. I’d been a patient before but never with anything this serious. I had never experienced the anxiety I am sure many of my patients felt at the possibility of their life changing when coming to see me. I had the privilege and the burden of having my medical knowledge to make sense of what I was going through. Being on the receiving side of empathy was a saving grace in this experience. The nurse’s words and her human touch validated what I was feeling. She allowed me to be afraid and vulnerable, not something I often let myself be. She was also someone who was there for me as a person and not only as a patient. This experience with el lumpo confirmed how truly fundamental empathy is in medicine. I won’t be returning to medical practice any time soon. I will, however, from now on, remind my doctor friends of how vital empathy is at every chance I get.

The End and The Rainbow