Our bodies
Our voices
Our resilience 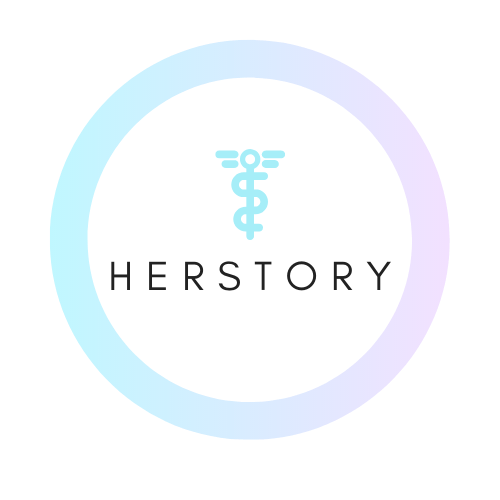 An authoritative hand scrawls illegible scribbles onto blank paper. Your gender, age, and prognosis become detached from the body. Impersonal, sterile, and sealed: this is your medical history.

Despite popular beliefs, medicine is not a domain untouched by larger structures of sexism, racism, classism, and ableism. Instead, medical encounters can magnify such structures onto individual bodies.

This platform is a site for connection, criticism, and healing. It is a call to be heard, and a push for person-first healthcare.

Submissions are currently being accepted through the Contact Us page form, or through our email info@medicalherstory.com.

Medical Herstory welcomes the experiences of all female presenting people in regards to healthcare, medicine, and wellness. We publish stories related to sexual, physical, and mental health.

Our dedicated team of editors are here to guide you through the process and offer support, so do not be shy to reach out!

Add your voice to the community.

Tori wrote the first story which inspired Medical Herstory. After sharing her experience of feeling defeated within the healthcare system, she received similar stories from those influenced by her writing. Today, she is proud to have launched a platform which chronicles such voices. Tori is a leader in her community regarding sexual health and medical reform. She is a student at Cambridge University pursuing an MPhil in Health, Medicine, and Society.

Ashlee is currently completing her Bachelor's of Arts degree in Psychology at McGill University. She is also the Events Team Leader for the Office for Sexual Violence Response, Support, and Education. As a woman of a visible minority,  she strives to facilitate the conversation about the hurdles faced as women in search for healthcare.

Melissa is completing an English degree in Cultural Studies at McGill University. She developed an interest in women’s health experiences after losing an ovary to cancer, leading her to have a number of revelatory health experiences. She is grateful to have had her mom advocate for her and is excited to marry her passion for language and women’s health stories in Medical Herstory.

Sarah is studying Cultural Studies and Communications at McGill University. As a younger sister, she has been editing for as long as Tori could write, and she could read.

Steve is a marketing student at John Molson School of Business. He is passionate about visuals, design, and cares about social justice.

1. All submissions will be reviewed for publication by the editorial board and authors will be contacted with the outcome.

2. The story will undergo peer-editing by the editorial board for grammar, syntax, and flow. The authors voice and style will be respected.

3. Stories will then be published on the website and shared across social media.

4. Should an author ever want their story anonymized, edited, or removed after publication, they are free to contact the editor-in-chief.

5. Authors maintain creative ownership over their articles but must contact the editor-in-chief regarding the re-publication of articles.